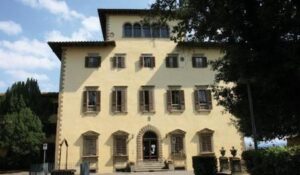 Viola da gamba studies at Scuola di Musica di Fiesole
The viola da gamba course of the Scuola di Musica di Fiesole was first proposed over thirty-five years ago, when the revival of the instrument in Italy was in its infancy. Since then the course has developed a strong transversal connotation, an inclusive vocation that it has been able to preserve to this day. In fact, the course has always stood out for its wide openness to diversified types of students, offering a multiplicity of formulas: amateur or free courses; pre-academic courses that prepare adolescent students for academic studies; academic courses aimed at both three-year and two-year degrees (bachelor and master); international meetings for further training. This approach has made it possible to offer students a vast spectrum of educational activities, often transversal to study courses. Especially in the formation of chamber music ensembles and of viol consort the students could thus take advantage of a lively exchange between different realities.
Since 2011 the viola da gamba course has undergone an important enrichment thanks to the organisation of the biennial “Italian Viola da Gamba Day”, awarded with the personal medal of the President of the Italian Republic. The event is a reference point for all those who care about the viola da gamba: artists, professors, composers, musicologists, students, luthiers as well as amateur musicians. It brings together the most eminent specialists in this field, top-level musicians and researchers, who are confronted in debates, concerts, collective and experimental activities, and offers students and recent graduates of Italian Conservatories and schools of lutherie the opportunity to present themselves to a specialised audience and to establish professionally useful contacts. The “Italian day of viola da gamba” is a national platform and has made the viola da gamba course of the Fiesole Music School a point of reference for the equivalent of Italian academies and conservatories.
The 2019 has seen a further enlargement thanks to the opening of a second chair of viola da gamba in the Casa della Musica of Arezzo. The two professorships, held by Bettina Hoffmann and Fabrizio Lepri, were set out from their beginning, despite the geographical distance, not as two separate but interacting realities, allowing the students of Fiesole and Arezzo to confront each other, to take advantage of the instructions of both the teachers and to have an even greater choice in the formation of chamber groups. 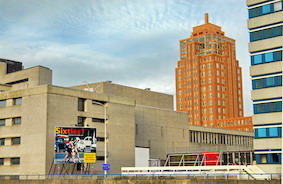 Viola da gamba studies at Royal Conservatoire The Hague
The Bachelor programme encompasses the entire repertoire from the late Renaissance up to the latest works in the 18th century. Viola da gamba students will master various techniques such as the division viol and the viola da gamba lyra way.
The Bachelor in Viola da Gamba in the Early Music Department at the Royal Conservatoire is a highly practice-oriented course. In addition to the elements of the curriculum supervised by teachers, students will learn to develop projects of their own and discover ways of performing them convincingly for an audience. Although the course is highly practical in nature, the study of early music demands a good theoretical grounding and background knowledge of the history of music and instruments. Students will therefore also study the fundamentals of basso continuo, the historic development of this instrument, as well as the practice and theory of ornamentation, diminutions, notation and analysis of style. Undergraduate research training is an essential feature of the programme. It consists of introductions to the use of bibliographies, source studies and the application of online and other research techniques connected to critical thinking and to writing essays. Ensemble- and consort-playing is a compulsory component of the course.
The Bachelor programme can be given a more personalised profile with a choice from a range of electives, including baroque dance, style-related improvisation, advanced lessons in basso continuo and rhetoric. Master classes and lectures will be given regularly by specialists (musicians and musicologists) from the Netherlands and abroad.
The Early Music Department of the Royal Conservatoire enjoys a worldwide reputation as one of the largest and most important faculties of its kind. The department was grounded in 1969 by Frans Brüggen, who soon invited the Kuijken-brothers to enlarge the faculty. Thus Wieland Kuijken was the founding father of the viola da gamba section and after his retirement the heritage of his teaching was taken over by former students. In the past fifty years the Department has formed a unique breeding ground and melting pot for talent in historical performance practice. Vocal and instrumental styles of music from the Middle Ages and the Renaissance up to the end of the Early Romantic period are taught by musicians with an international reputation as authorities in their field. Because of the high standards demanded by the international teaching staff, a degree from the Royal Conservatoire is an automatic recommendation in professional circles.
Students who have earned their Bachelor’s degree in historical performance practice with a grade of good or better can follow the Master’s programme in Viola da Gamba in the Early Music Department. The two-year Master’s programme offers the opportunity to study the main subject in greater depth on the basis of a personally designed study plan. Students will receive guidance in three aspects: artistry (your instrument as main subject), research, and professional practice.
A Master’s student at one of the largest and most important institutes of its kind has already demonstrated a high degree of musical proficiency. Naturally, students will be given the scope to take the initiative in shaping their own activities in preparation for the transition to a professional career. In the Early Music Department students have the possibility to propose their own project in larger formation, to be curated by the school and guided by staff or guest teachers. 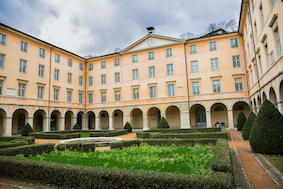 Viola da gamba studies at Conservatoire National Supérieur de Musique et de Danse de Lyon
The CNSMD of Lyon is a training facility for young artists seeking to prepare for a career in the referenced professions of music and dance. For music, the professions have four specialities: vocal and instrumental interpretation, conducting vocal and instrumental ensembles, musical creation and musical culture. Early music is part of the first speciality. The particularity of its approach lies in understanding of styles, musical languages and period instruments by a research into historical sources. This teaching program is structured in a coordinated department in witch the viola da gamba class takes part.
The viola da gamba class, which opened in 1988, aims to approach all the different aspects of this many-faceted instrument. This is why the repertoire begins with the Renaissance and includes the consort, which is also taught on a weekly basis. Considerable attention is paid to the vast baroque period, which saw the development of many varieties of solo or ‘obligato’ writing. This involves touching on the styles and techniques of many different countries in Europe and sometimes beyond. Skills in ensemble playing are considered with the utmost importance, with a view to the future professional life of the violist. The programs of both Bachelor and Master Diplomas must consist for half of the time in ensemble music of any kind. Contemporary music is a welcome guest, making collaboration possible on occasion with the student composers within the conservatory. The class also meets with the dance department from time to time, usually with the contemporary dance section, for improvisation workshops where participants are free to follow their imagination.
While for the bachelor’s exam a broad spectrum program is required, which shows abilities throughout the whole repertory of the viola da gamba, for the master’s exam the student is free to compose a program focused on a topic of his or her choice.
Students have access to the following instruments, which belong to the conservatory: a quartet of Renaissance viols, a baroque septet, a violone, a seven-string baroque viol and a lirone. Also available are four vielles, which are used mainly in Pierre Hamon’s ensemble sessions and on specific occasions for master-classes. 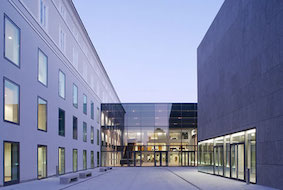 Viola da gamba studies at Mozarteum Salzburg
The Mozarteum University in Salzburg has always been recognised as one of the world’s most famous faculties for the study of stringed instruments. Teachers such as Ruggero Ricci, Sandor Végh, Lucas and Clemens Hagen, Pierre Amoyal, Maxime Vengerov and many others have trained and continue to train generations of young virtuosi. Alongside this reality, the Mozarteum has always shared a special vocation for the study of the early repertoire, not only because of the constant reference to Mozart, but also because of the presence of masters such as Bernhard Paumgartner or Nikolaus Harnouncourt, people who have changed the very course of musical interpretation in the world.
In the last fifteen years, the Early Music Department has been structured in a new form and has seen an exponential growth in the number of students from all over the world, under the guidance of teachers such as Dorothee Oberlinger, Vittorio Ghielmi, Alfredo Bernardini, Reinhard Goebel etc.
The Bachelor, Master and Post-graduated studies in Viola da Gamba and Violone were officially introduced in the faculty of Mozarteum in 2012 (Dr. Prof. V Ghielmi). The instrument was however always present in the University, at least since the late ’60ies, when Nikolaus Harnouncourt, himself cello and gamba player, taught in Mozarteum. The gamba class, which counts 12 students, offers students a rich course of technical and musical studies and a wide range of cultural and musical exchanges. 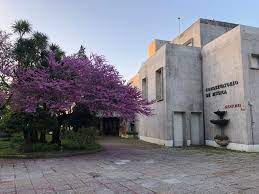 Viola da gamba studies at Conservatorio Superior de Musica, Vigo
The Conservatorio Superiore di Musica di Vigo has a Department of Early Music, in which well-known musicians collaborate, and offers a comprehensive curriculum with the right balance of theoretical and practical subjects. Although it is a young institution, it is already very active, not only in terms of the collaborations it has, but also in terms of the programmes it offers. 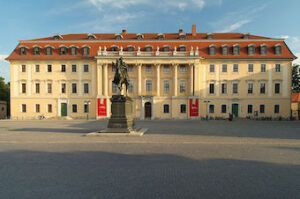 Viola da gamba studies Hochschule für Musik Franz Liszt, Weimar
In 1990 the Institute for Early Music was founded with harpsichord and recorder classes. In 2009 the bowed baroque instruments viola da gamba, baroque cello and baroque violin were added. From this time on, the viola da gamba was taught also with the related instruments violone and lirone. Weimar is the first high school with teaching lirone and the possibility of studying Lirone beside Viola da gamba in -bachelor and -master.
The repertory starts with Renaissance music of of the XV century and ends with the latest compositions for viol after 1750. During the studying students have the possibility, to collaborate with the class of composition and concentrate also on contemporary music also with electronic.
During the four years Bachelor in 8 semesters, Lirone is one of the possibilities besides violone, Discant-, Alto- or Pardessusviol in consort and chamber music. During Masterstudies Lirone or Violone could be the second main instrument besides viol. For this reason it is possible to choose between three different types on Mastercurriculum, either two semester or four semester.